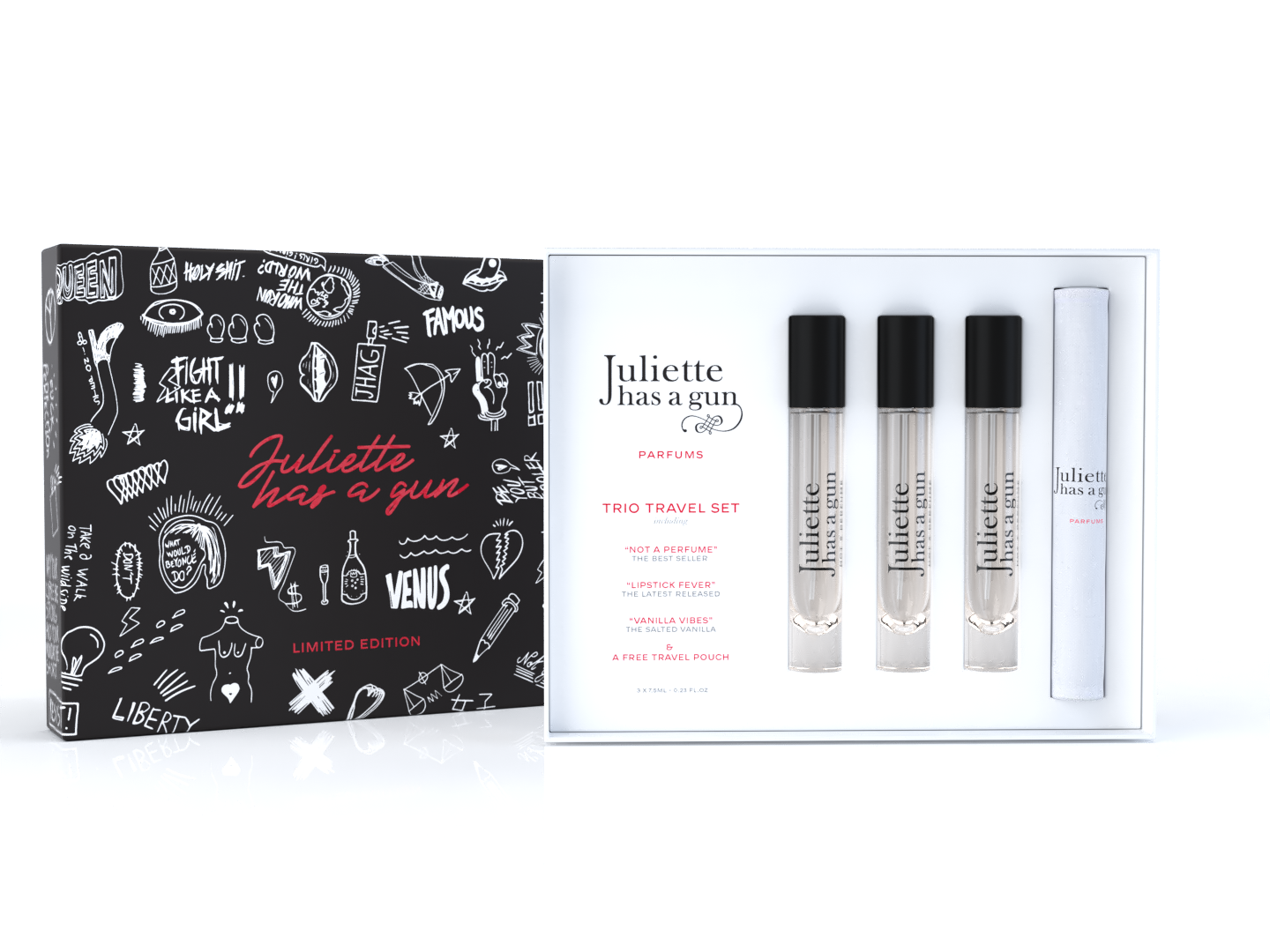 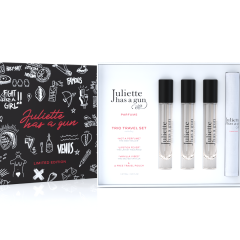 Three nomadic essentials to discover the best of Juliette has a gun’s olfactive universe.
Keep your fragrances close to you wherever you go and carry them in a cotton pouch, your gift with the set.

Our cult fragrance made out of a single molecular ingredient called Cetalox. A clean, pure and unique composition, that
can be worn by itself, but also ideal to be used as a perfume booster when layered with other fragrances.

When Vanilla meets Sea salt. The expression of a sensual, powerful and free femininity. Get ready for the ride !

Our new creation inspired by a trace of Lipstick. Embracing its creamy texture, and its airs of Iris and Violet. Notes of Vanilla, Raspberry, and a hint of Patchouli for a Chypre, elegant effect. A fragrance for Femme Fatale.…

A few of his top-class fragrances are Lady Vengeance, Not a Perfume, Moscow Mule, Vanilla Vibes and the just released Musc Invisible. 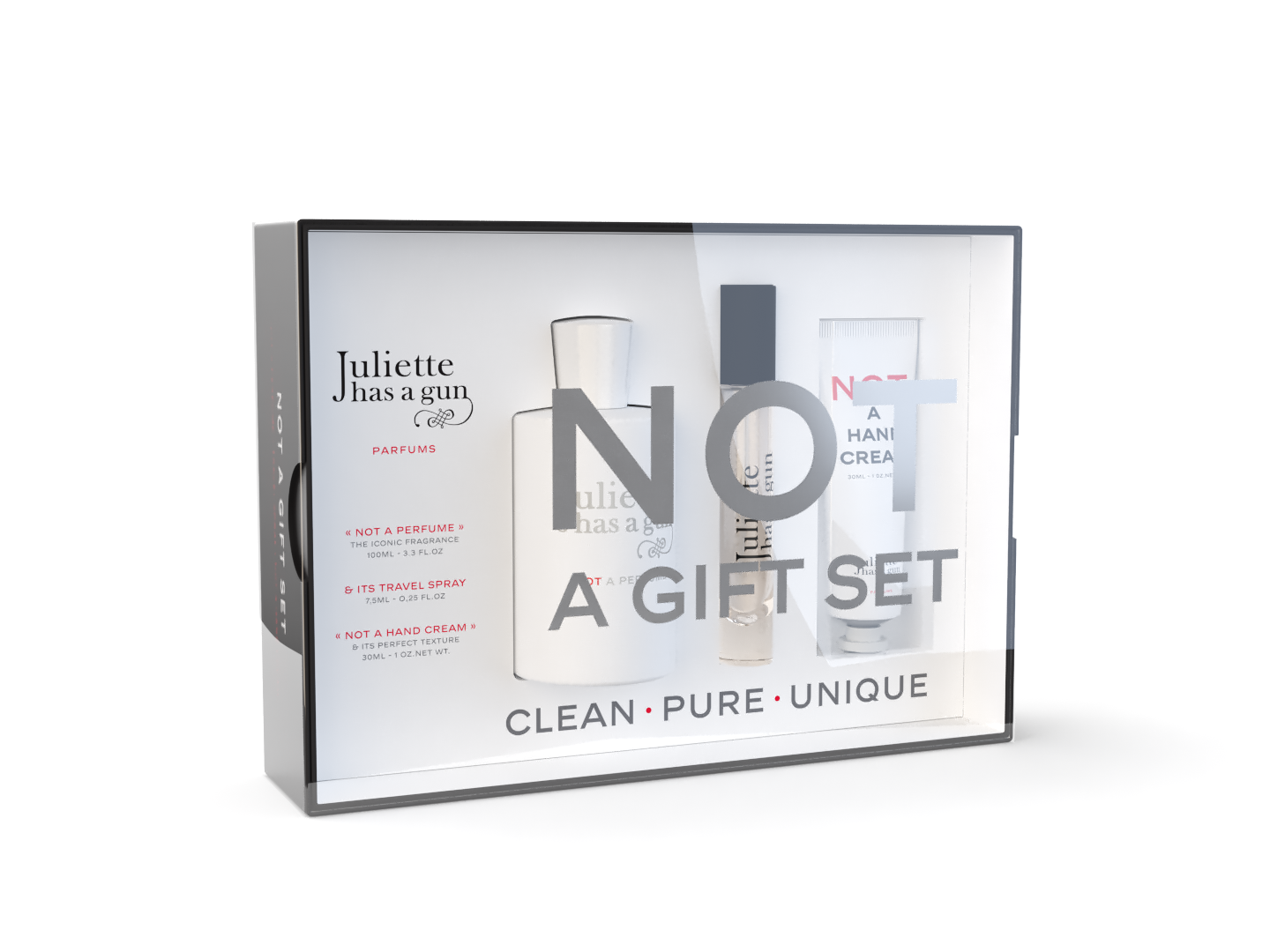 JULIETTE HAS A GUN – Not a Perfume Gift Set 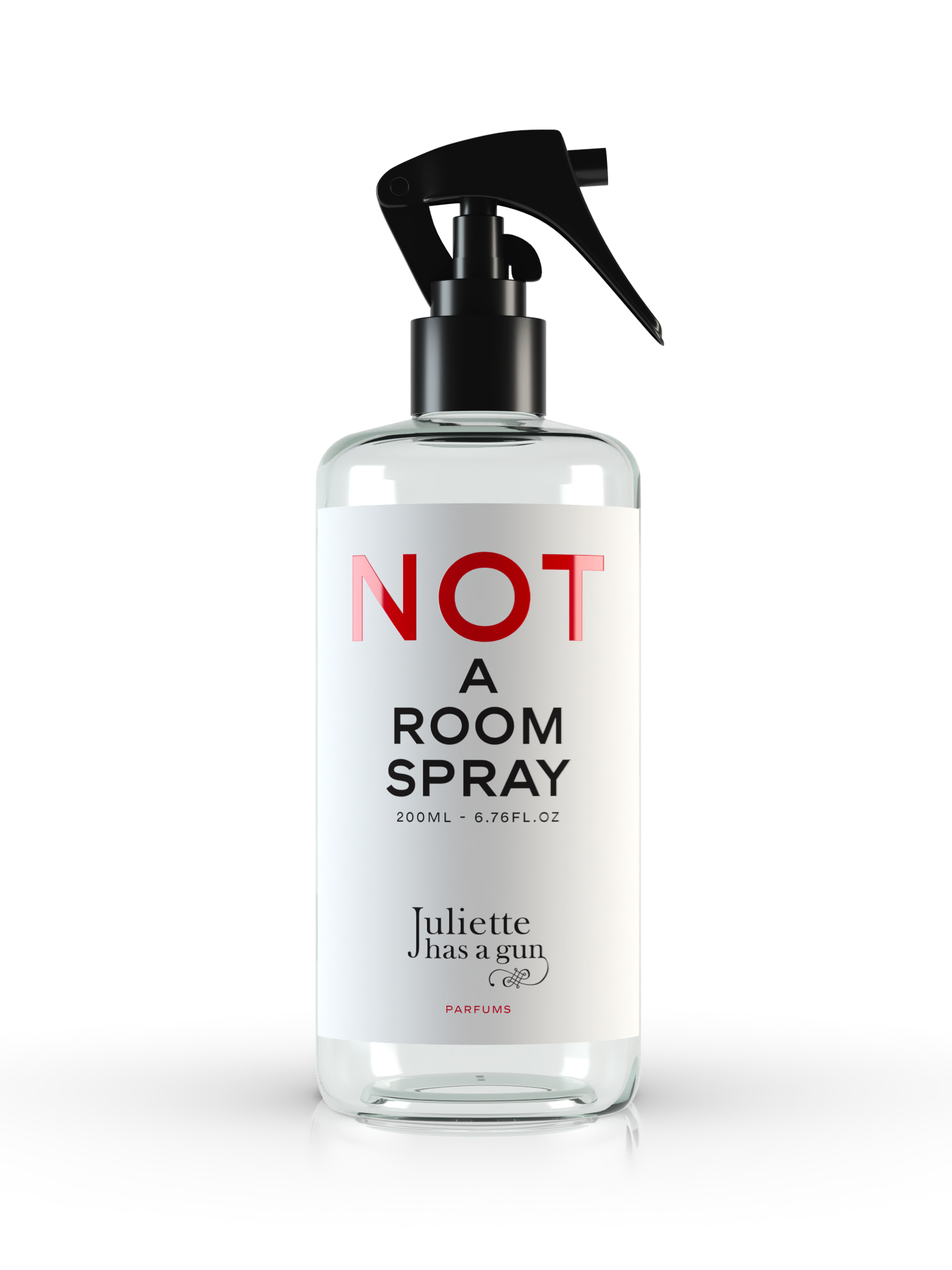 JULIETTE HAS A GUN – Not a Roomspray 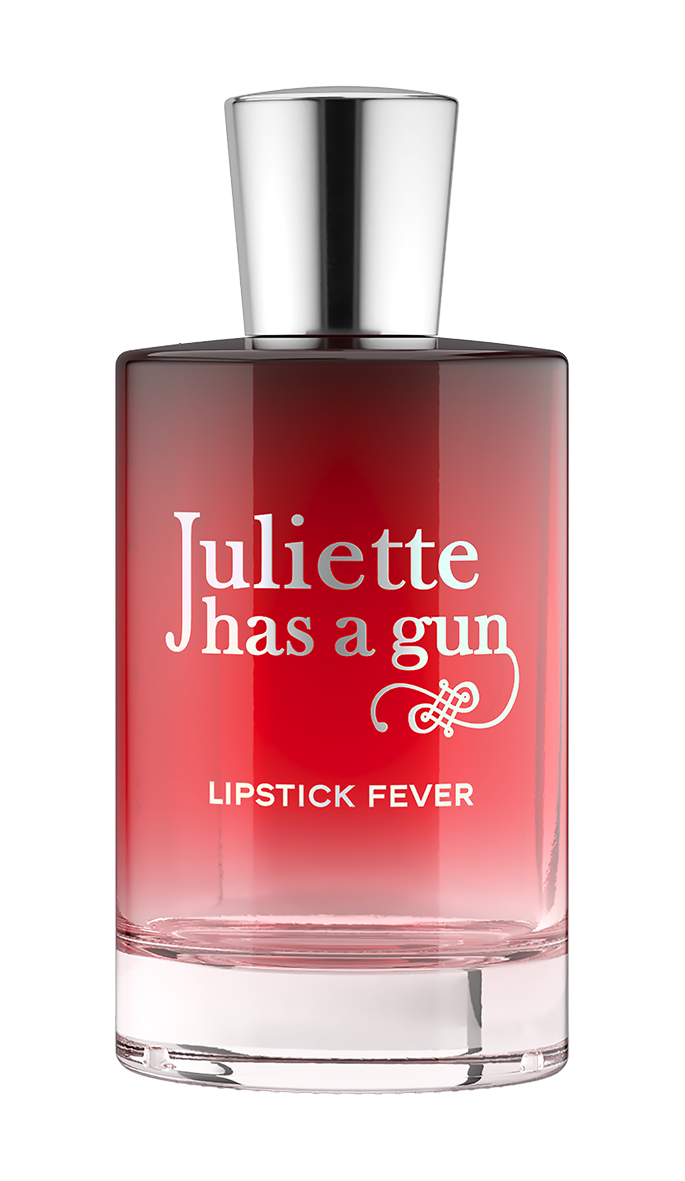 JULIETTE HAS A GUN – Lipstick Fever 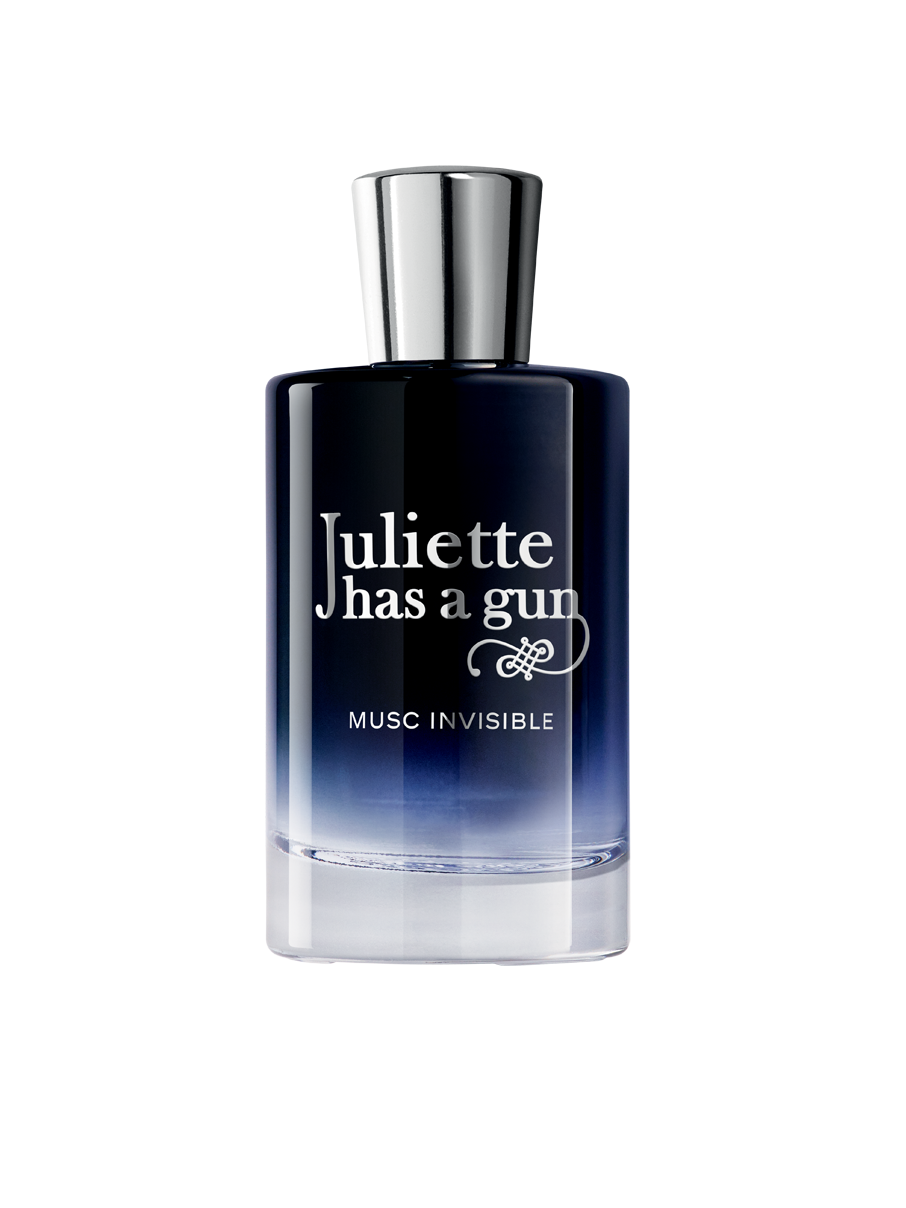 JULIETTE HAS A GUN – Musc Invisible